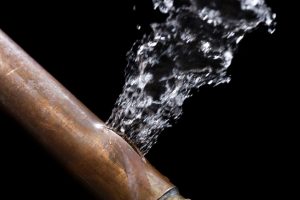 When owners think of plumbing leaks, the first idea that comes to mind is leaking water lines. In fact, most plumbing leaks occur in sewer lines. The damage from such leaks can be severe. Advanced Foundation Repair is the top provider of foundation leak repair in Dallas.

For homes built after 1945 and before 1975, the sewer lines were mostly built of cast iron or clay. Because the design life for iron sewer lines was about 30 years, all of the existing residential lines that were installed before 1990 need to be replaced with PVC lines.

Iron lines rust, corrode, and crack. In addition, because the individual sections are often joined together with cement, ground movement breaks the sections apart. Clay lines not only separate but also crack.

Once iron and clay lines develop holes or separations, tree roots are able to get into the pipes. Tree roots can quickly catch debris and plug up a line. Roots can grow with amazing speed!

Homes built after 1975 mostly have PVC sewer lines. PVC stands for polyvinylchloride. PVC is a tough corrosion resistant plastic. PVC lines will last more or less forever. In addition, because the joints fit tightly and are glued together, PVC lines rarely allow roots in. When joints are not glued together, which does happen occasionally, roots can get into the pipes.

When sewer lines leak, they allow water into the ground. A steady supply of water can cause soils to swell up. Because swelling soils have the ability to lift homes, sewer leaks can be very destructive. If you are having sewer leaks, you need to get them fixed before they damage your foundation.

As soils swell and lift foundations, they often cause ridges or domes to develop. A good foundation elevation survey can identify domes and ridges.

If you need foundation leak repair in Dallas, call us at Advanced Foundation Repair. Our evaluations include preparing a foundation survey and a contour diagram!